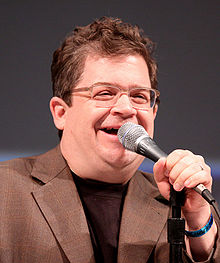 After some deep thought and conversations with his female friends and colleagues, Patton Oswalt has taken a decidedly different stance than he had before on rape “jokes” and how comedians contribute to rape culture. In a blog post on his website Oswalt spoke honestly and bluntly about coming to Daniel Tosh’s defense in the past over a heckler at a show, who was upset by Tosh’s rape jokes. He explains his reasoning, and how his limited experience and assumptions led him to defend Tosh originally, and how since then he has re-evaluated the effect his art form can have on the conversation of rape (although he stands by his stance that horrible topics can be disenfranchised and attacked through humor). Here’s an excerpt from the end of his lengthier post, but we suggest you read the whole thing, titled A Closed Letter To Myself About Thievery, Heckling and Rape Jokes.

Share Your Thoughts: Do you think there are topics too sensitive for a comedian to joke about? Is it possible to enlighten people or improve a problem though humor? Join the conversation by leaving a Reply below

“…people only bring their own perceptions and experiences to bear when reacting to something? And, since they’re speaking honestly from their experience, they truly think they’re correct? Dismissive, even? See if any of these sound familiar:

There’s no “evidence” of a “rape culture” in this country. I’ve never wanted to rape anyone, so why am I being lumped in as the enemy? If these bloggers and feminists make “rape jokes” taboo, or “rape” as a subject off-limits no matter what the approach, then it’ll just lead to more censorship.

They sure sound familiar to me because I, at various points, was saying them. Either out loud, or to myself, or to other comedian and non-comedian friends when we would argue about this. I had my viewpoint, and it was based on solid experience, and it…was…fucking…wrong.

Let’s go backwards through those bullshit conclusions, shall we? First off: no one is trying to make rape, as a subject, off-limits. No one is talking about censorship. In this past week of re-reading the blogs, going through the comment threads, and re-scrolling the Twitter arguments, I haven’t once found a single statement, feminist or otherwise, saying that rape shouldn’t be joked under anycircumstance, regardless of context. Not one example of this.

In fact, every viewpoint I’ve read on this, especially from feminists, is simply asking to kick upward, to think twice about who is the target of the punchline, and make sure it isn’t the victim.”

You’re very right, Mr. Oswalt! For victims of rape and sexual abuse, to be ridiculed or made the butt of a joke can immeasurably damaging. Sometimes people deal with these reactions when seeking help, or trying to reach out to people. It can make them blame themselves, or worse yet, simply keep them from ever telling anyone and they suffer on their own. What we need is understanding and if a comedian’s goal is to break down taboos and deal with the real world in the ways that make them feel better, like making fun, they should consider how others feel and do their best to attack sensitive topics with a sense of empathy for the victims.

Jamie Sivrais founded A Voice For The Innocent in 2012. He is a violence prevention educator, musician, stepfather, husband, coffee drinker, and Ninja Turtle lover. Follow him on Twitter/Instagram at @jamiesivrais.

Techno-comfort and Human Nature
Next